Meet the people behind the Scottish MSA

Sir Harry Burns – Professor of Global Public Health, University of Strathclyde and President of the British Medical Association – was officially announced as the patron of the Scottish Men’s Sheds Association in March 2020.

Sir Harry Burns was the Chief Medical Officer for Scotland for nine years (September 2005 to April 2014) and became renowned for his accomplishments in addressing health inequalities. Sir Harry was knighted in 2011 in recognition of his outstanding achievement and service to society.  He is a member of the Council of Economic Advisers in Scotland and, in December 2014, First Minister Nicola Sturgeon presented him with the Lifetime Achievement Award at the inaugural Scottish Public Service Awards, recognising his lasting contribution to public service.

The primary role of Sir Harry Burns, as our patron, is to lend credibility and support to the SMSA. Within his prominent health roles and to his peers, he will represent the Men’s Sheds Movement in Scotland. 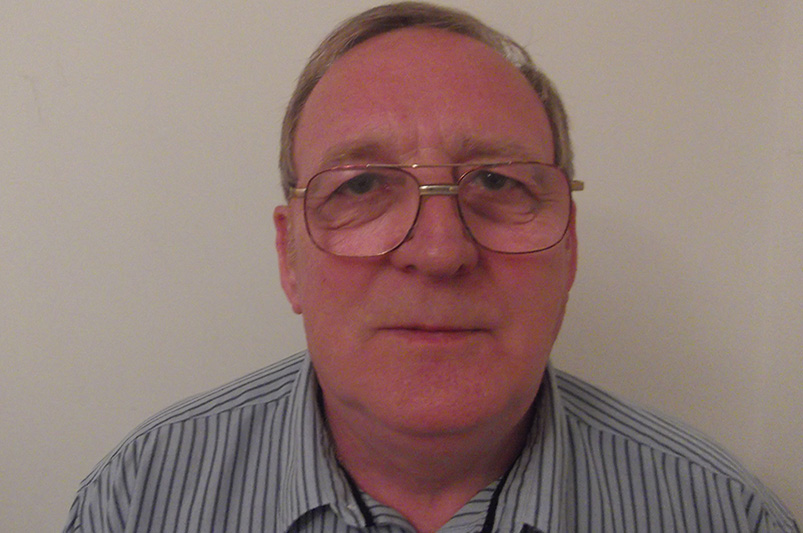 Read ‘A Word from our Chairman’

David is currently Vice Chair / Treasurer of the Garnock Valley Men’s Shed (GVMS) and is very enthusiastic about the Men’s Shed concept and ongoing development.

Outwith the GVMS he is also the Chair of Kilbirnie Medical Practice’s Patient Participation Group and he sees the benefits of linking both roles for mental health improvement.
Prior to retiring in August 2013 he was General Manager of a Commercial Vehicle Dealership in Glasgow and had worked in the industry for 34 years.  His career spanning 50 years has covered Trainee Accountancy, Travel Agent and Self Employed Sales prior to the Commercial Vehicle Industry therefore he has have a wealth of experience across the board in various industries.
In his personal life he has being married (to the same woman) for almost 50 years and has 4 children, 9 grandchildren and 3 great-grandchildren. 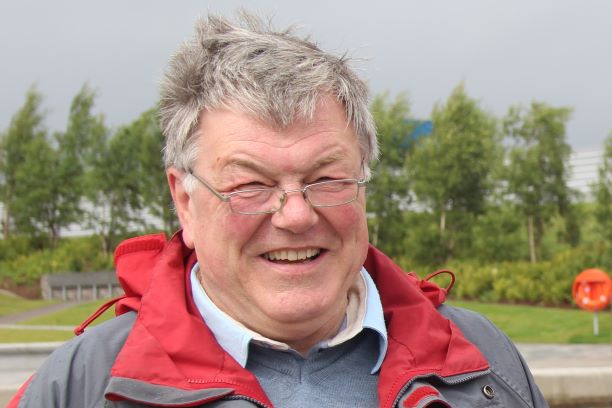 Jon retired in 2011 from Standard Life Assurance Company where he led a team of 15 that designed, built and maintained their global telecoms network. Jon was responsible for an annual budget of £13.5m.

Following retirement, Jon soon became bored with his ‘permanent holiday’ and searched for something to occupy his time.

Jon volunteered with Braveheart, a charity that worked with elderly people who suffered from heart problems, before moving on to work on a project sponsored by the Institute of Physics in London for four years. This project, called Lab in a Lorry, entailed visiting every secondary school in Scotland with a mobile laboratory to provide practical experimental experience for students. In recognition of his volunteering, the Institute of Physics awarded Jon full membership status at the end of the project.

Two and a half years ago, Jon ‘found’ Men’s Sheds and joined Wee County Men’s Shed and has been the Chairman for almost a year. During this time, the Shed has more than doubled its membership, delivered projects to many local community groups and has gained a reputation for quality work, friendly welcoming members and responsible management.

Jon is passionate about the Men’s Sheds Movement and strongly believes in the concept and ambitions of Men’s Sheds.

He welcomes the opportunity to be a Trustee of the SMSA to make a positive contribution to the future success of Men’s Sheds in Scotland and beyond.

Wilson is the Founding member of the Hawick Mens Shed. He is a  Community Councillor for the past five years and also a trustee for Borders Olders Peoples forum.

Charlie Miller is a long standing SMSA Trustee, previously being Treasurer.
After school, Charlie joined the Army, and, as an NCO spent 6 years in London and Germany.
After graduating in History & Politics, Charlie worked as a field archaeologist to consultant level. After twenty years, having been employed in almost every archaeological task and capacity across northern Europe, Charlie had a near fatal illness while on a Scottish site.
A prolonged recovery followed by a cancer scare prevented Charlie moving into formal management.
Charlie has completed an HNC in Administration and IT and is continuing putting his life skills to good use for the SMSA. 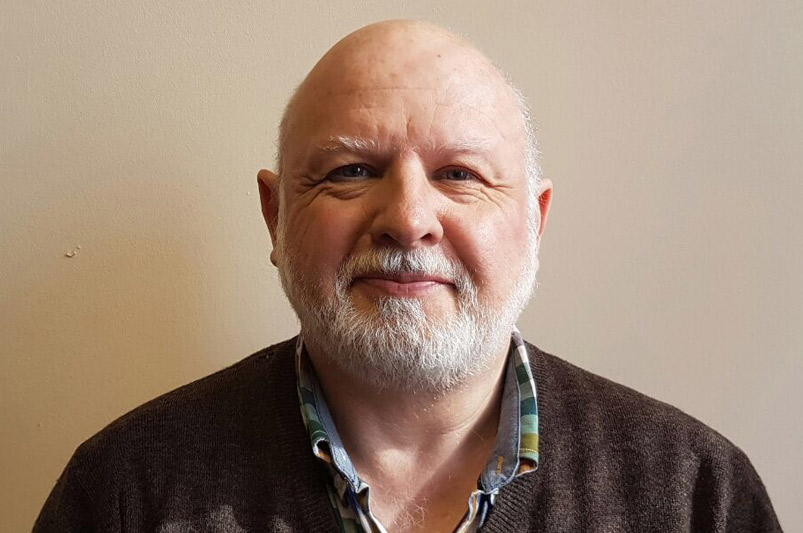 Served as secretary of Inverurie Community Council since 2010.

In 2014 when steering group for Inverurie’s Men’s Shed was formed joined as a member.

Elected as Chairman of Trustees of Inverurie & District Men’s Shed in 2015. 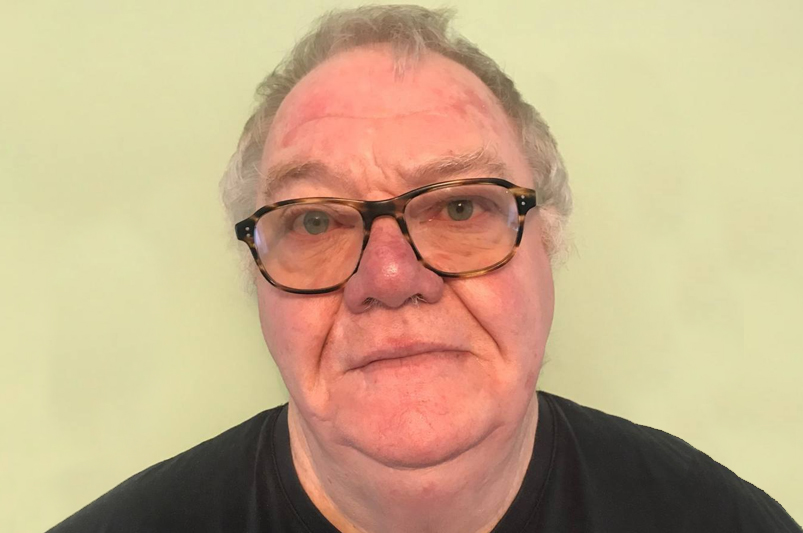 Dick trained as an electrician but was fast tracked into a site management program. He spent most of his working career involved in the management of major construction projects around the world.

Dick made his first senior position at the age of 25 where he worked as the M&E Construction Manager on the MPA project in the Falklands Islands for four years.  He has managed projects in the Far East the Middle East and within the UK with his biggest project being the Construction Manager on the channel tunnel project. Dick was then approached to build up a family business which, after 12 years, he sold for £38 million.

Following retirement, Dick got involved in his local Shed (Moffat Men’s Shed). It was a concept that appealed to him to ‘lend a hand’ and the thought of joining a team excited him again. Dick wanted to use his experience but found that building a Shed was a steep learning curve even for him! He found friendship—the ethos of Shedding—and could see the benefits of the connections being made with the local community.

His interest in people allowed him to connect with Shedders and assist others where possible. As a listening Samaritan, he believes that everyone has a voice that should be listened to without prejudice or opinion.
As a Trustee, Dick plans to bring all Sheds in his region into a connected framework under the SMSA.

What our members say

In short. We already feel invigorated, more motivated, more active, healthier and indeed happier. Isn’t that what a Shed is about?- Bill B
Your advice and help in negotiating and securing us a lease has been invaluable. We wish you every success in developing the SMSA to the point that every area in Scotland will have a regional advisor.- Alan P
There have been times when the task ahead of us has seemed too much and without your presence to re-kindle our motivation we might have faltered.- Peter
Many thanks for such a fulsome conversation this morning. Both Lawson and I learnt a great deal from our chat and from your advice. Well Being!- Alan S 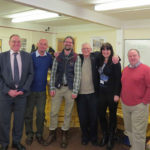 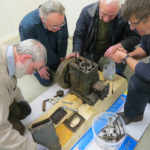 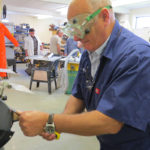